The Choice for Love

The day I saw my reflection in the microwave glass, standing in the kitchen of my posh, suburban home, drinking Jack Daniels straight from the bottle, I decided to leave alcohol alone. But it was later, much later, and with careful counseling; active listening in recovery groups; abstinence from alcohol and mind-altering, prescription drugs; and prayerful surrender that I made the life-changing choice for self-love and acceptance.

Sunday mornings in Central Texas where I grew up, were for going to church and Sunday school. Sunday afternoons were for being with family, eating fried chicken, mashed potatoes made from scratch with brown gravy, canned English peas soaked in butter, white bread (also spread thick with butter); drinking sweet iced tea; and watching the Cowboys on television: my dad’s regular nap time. We attended the First (Southern) Baptist Church as did all our kin except for my grandmother who swore we would all go to hell because we didn’t attend The Church of Christ. Early on, as you might guess, I got confused about religion.

There were volatile arguments between my grandmother and my dad over religious choices.  Of course, these might have fallen on deaf ears for most eight-year-olds, but not on mine. I practiced deep thinking, said my prayers fervently, and read the scripture in the King James Version of the Bible (a gift from my father bound in black leather with my name inscribed on the front cover in gold), and I listened. I was looking for answers to questions I could barely formulate as yet.

My reasoning probably went something like this: maybe if I listen hard enough, I will understand who’s telling the truth and then I can settle this thing once and for all or, at the very least, keep myself out of hell. Or maybe I thought: if I go to church, read my lessons, sing in the choir, invite Jesus into my heart, and behave really, really, really well, my dad will stop throwing my mother’s head against the wall and shoving her down all the time.

Violence is a learned behavior. My father learned how to treat a woman from witnessing the way his father treated my grandmother and he learned how to treat a child from the way his father treated him: beatings with a horse whip; tongue-lashings; harsh, unforgiving judgmental attitudes. And from birth, I began to learn this destructive pattern as well. Of course, I had no idea how it would eventually surface in my adult behaviors or even that it would. In fact, I swore it would never happen to me nor would I ever perpetrate such unhappiness and wrongdoing upon myself or others. How little I knew.

I’m cognitively unsure about my eight-year-old-reasoning, but I can say that I listened well, to everything, like a dog on point. And I tried to be good at everything. I did my chores. I did my homework. I made straight A’s and I never, ever talked back.

When I left home for The University of Texas in the fall of 1970, I was determined to leave all that chaos at home. But guess what? I’d learned what I’d lived. Rebellion had been rumbling in me like a stampede about to happen and when I added alcohol to the mix, wild abandon broke down the gates of any inhibition that lingered in this small town Baptist girl.

As was the prevalent mind-set on campus, “I loved the one I was with,” and I was with many. I took up smoking, cigarettes and pot. I perfected the art of cursing; peppering every phrase with a well-placed explicative. I went to class, but slept through the early ones. I played Spades in the dormitory hallway passed midnight and studied just enough to get by. I drove drunk, bought and sold dope, and blacked out, forgetting my way home more than once.

Most of these mild diversions may sound typical of college life to many, and really they were typical. I was never arrested (only by luck), after all. I functioned well, albeit often hung over. I landed a role as a dancer in the chorus line of the UT production of Cabaret after my first audition, winning the role over many dance majors with whom I competed. I served as a dormitory advisor and a resident assistant during my sophomore and junior years, both honorary positions. I excelled as a student-teacher during my senior year. And I got my degree.

I was educated and ready to live life, but emotionally miserable.

“So,” you ask. “What does any miserable, twenty-something-year-old woman do to get happy?” Get married and have a child. Right? Wrong.

I did get married and have a child I wanted very much to have, but I was still miserable.

“So what was the problem?” you asked. The problem was deep-seated rage and self-hatred—fear in disguise.

By the time the day came that I saw my reflection in the microwave glass, my five-foot-four frame supported a mere one-hundred and five pounds; I was drinking close to a fifth of straight whiskey daily but could not get drunk no matter how I tried; I smoked three packs of cigarettes a day. I carried at least three prescription drugs in my purse at all times (for nervousness, headaches, and chronic bowel distress); and I was depressed, misguided, and suicidal.

As you may have guessed by now, I’d stopped attending church as soon as I left home, abandoning virtually all of its teachings in return for agnosticism. I’d seen my first of many shrinks; had multiple affairs; and found that I had no idea how to be happy. My marriage failed, ending with an affair that broke up two families, creating painful waves of dysfunction to this day.

My second marriage and my drug and alcohol free lifestyle have survived, however, for thirty-three years. Why? Not because I am holy now. I am far from it. Not because I have returned to church. I haven’t, though I did time and again, but found no match for my version of spirituality in organized religion. Not because now I am finally married to the right man. This relationship has been tumultuous at best. Not because my life is trouble-free. It hasn’t been. We’ve faced years of federal investigations by the IRS, the SEC, and the FBI for alleged misbehavior and received subsequent judgments that took our life savings. We’ve raised a potpourri family. We’ve been through surgeries, illnesses, counseling and treatment and we’ve watched our parents age, move in with us, and die. Sometimes we thrived and sometimes we just survived and sometimes we nearly killed each other, but here we are. Here I am.

Here I am, healthy as I am, and able to be as authentic and as honest as I am with you because of choice. Not a once-in-a-life-time choice, but a consistent, committed, daily choice to love and to accept myself with all my strengths and weakness no matter what rather than to self-destruct and in the process also destroy others and any chance of life-giving relationship.

Here I am because I choose to look at myself honestly and with great reverence for the path I’ve walked. I choose to acknowledge the grace that has accompanied me on this path. I choose to forgive myself and others completely and quickly. And I choose to hold my head up high.

Here I am because I choose to let go of fear and live in the present not the past.

This site uses Akismet to reduce spam. Learn how your comment data is processed.

What I Write About

i stand for peace 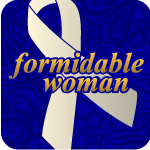